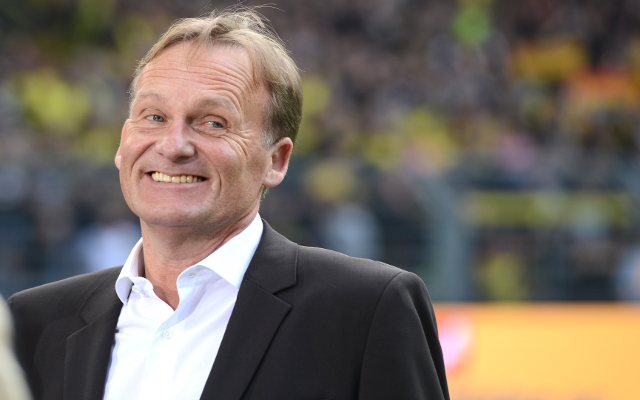 Bundesliga side book their passage to the 2013 Champions League Final, but did it the hard way.

Borussia Dortmund chief executive Hans-Joachim Watzke was so anxious that his side would crash out to Real Madrid in their Champions League second leg encounter that he was forced to seek refuge in the dressing room toilet.

Watzke had seen his side come back from the dead against Malaga, scoring twice in injury time to defeat the La Liga side in the quarter-finals, and may have feared Real Madrid were about to pull off a similar miracle.

“It seems like we only can do it with drama.

“For the first time in my life I had to give up due to heart problems.

“I went to the toilet for the last minutes, locked myself in, covered my ears and looked at my watch.

“I had all kinds of thoughts going through my head.”

He said: “In the last minutes I was close to a heart attack.

“But when there is a positive outcome, it’s all good.

“It was great. In the second half we played a really good game. In the space of 10 minutes we had four golden chances.

“When you don’t take them then you are often punished. That’s why it was really tight again. That was not in the plan.

“But, in retrospect, it was only a slight deviation from the plan.”