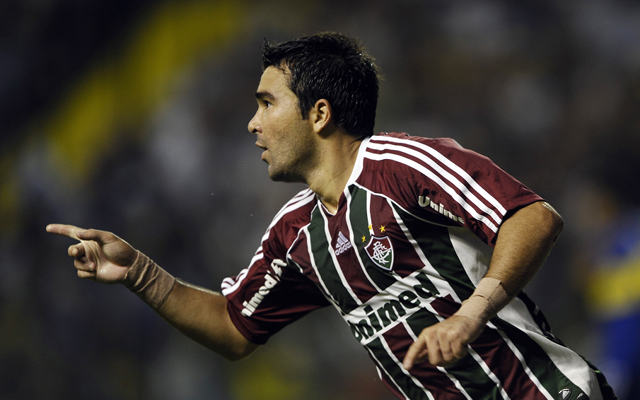 Former Chelsea and Barcelona ace Deco is in hot water after being discovered using banned substances, the Daily Mail reports.

The 35-year-old, who returned to Brazil with Fluminense from Chelsea in 2010 tested positive for something known as furosemide, a diuretic which is designed to hide performance enhancing substances.

The test was carried out following this weekend’s 2-0 win over Boavista and the results were preliminary were revealed on Tuesday.

So far, the Brazilian born former Portuguese international has maintained his silence, though his lawyers have stated that he may have tested positive because contaminated vitamins that the Deco had been taking and that any charge brought against him will be appealed.

The club have declined to comment, though they will most likely make a statement once the second round of testing has been carried out and the results are released on Friday.

News of his doping has meant that he will have to sit out of Fluminense’s Copa Libertadores last 16 clash against Emelec in Ecuador on Thursday.

Since returning to his homeland he’s made 62 appearances, scoring six times. He has helped Fluminense win two league titles as well as another two domestic cup victories, though if he is found guilty his career with blighted by his doping shame and an asterisk may have to be put next to all the titles he’s won there.