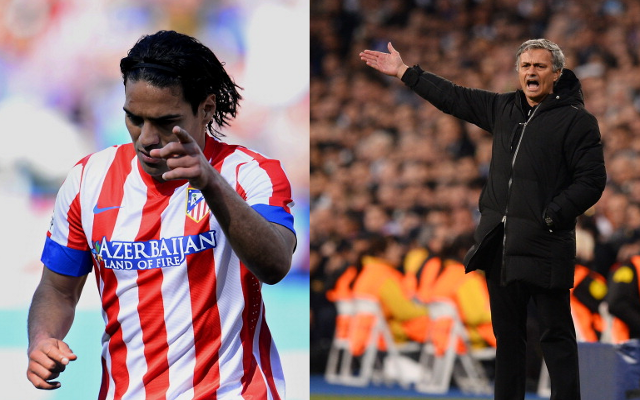 Stamford Bridge side to welcome back former favourite and one of the world’s deadliest strikers.

Chelsea have reportedly agreed a deal with Jose Mourinho, who is set to return to the Stamford Bridge club this summer. Goal.com also claim that the West London club have reached an agreement to sign Atletico Madrid striker Radamel Falcao in a fee worth in excess of £50m.

Roman Abramovich has been tracking both targets for some time and this source suggests that the deals have been agreed and that Mourinho will be unveiled as Chelsea’s new boss in the coming weeks, one imagines this translates to the end of the season as any decision to announce such a decision would presumably occur when both sides had finished their current campaigns.

The Blues have been in talks with Mourinho’s representatives for months about a return to the club the managed from 2004 and 2007, talks have reportedly centered on how much control the ‘Special One’ will retain on recruitment of players and staff.

Chelsea will activate Falcao’s £50.8m release clause and have made the 27 year old a Colombian a contract offer that he is amenable to, a deal that would make the former FC Porto man one of the highest paid players in the Premier League, a salary befitting one of the world’s most feared strikers.

A deal to bring in one of the best manager’s of his generation along with arguably one of the top five strikers in the world today will be quite some statement of intent from Abramovich, who will look to see his Chelsea side challenge for major honours after a thoroughly disappointing season.