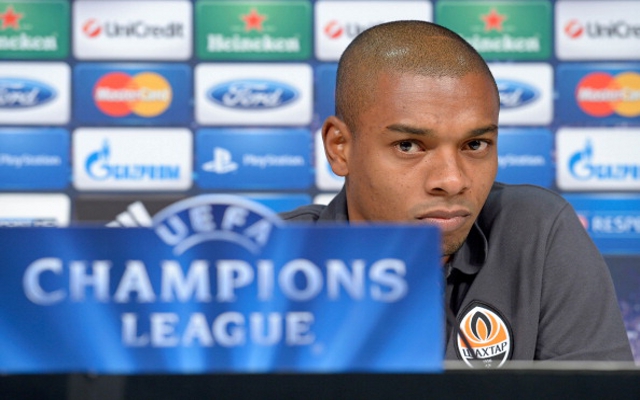 Man City are reportedly close to completing a £23m deal to sign rangy Brazilian midfielder Fernandinho according to the Daily Mail.

Roberto Mancini seems set to bring in the experienced 6ft 5in midfielder and one wonders where that leaves his other central midfielders.

The 27 year old is a strong tackler who can make bursting runs into opposition territory and is perhaps a player not unlike Man City star Yaya Toure. The addition of another option for a central midfield role will leave the likes of Jack Rodwell, Gareth Barry and Javi Garcia wondering about their futures at the club.

Fernandinho has spent the last eight seasons with Ukrainian side Shakhtar Donestk, collecting five domestic titles and a UEFA Cup triumph in the process. The Brazilian international, who won his first cap in 2011, has impressed in recent Champions League campaign, perhaps becoming well known to English audiences following his displays against Chelsea this season, during which he netted and assisted in both encounters.

Mancini is apparently itching to get spending this summer and may well look to offload a number of his expansive squad in order to make room for new additions.