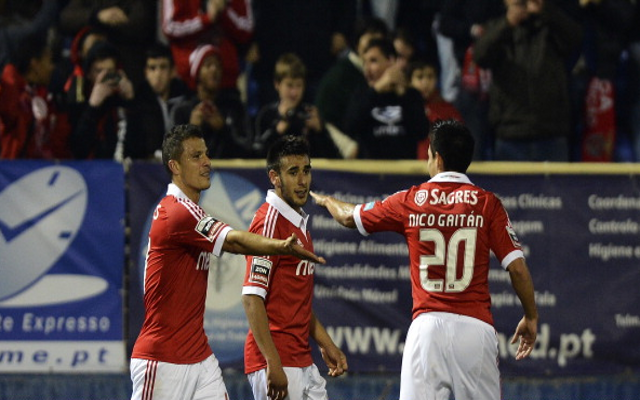 Old Trafford side may be encouraged by comments made by player’s agent.

Man United will be buoyed by comments made by the agent of long term target Nicolas Gaitan. The Argentine international’s representative is clearly keen to see his client leave Benfica in a big money deal as he publicly states that the winger would ‘love’ to play in the Premier League according to the Metro.

The Old Trafford side have been linked with a move to sign the 25 year old for quite some time and Sir Alex Ferguson apparently still sees the goal-scoring midfielder as one of his top summer transfer targets.

‘He would love to play in England, but Spain and Italy also speak to him,’

This source claims that though the former Boca Juniors star has a £40m release clause it could take an offer of around £25m to persuade the Lisbon side to sell.

There is also perhaps a chance that Brazilian midfielder Anderson could be used as a makeweight in such a move, with the Man United man said to be open to a move back to the Primeira Liga.

Gaitan has been in superb form this term, helping his side to within touching distance of a domestic title having gone the entire season unbeaten as well as the Europa League semi-finals.

The talented attacker, who can play in an advanced central midfield role or more commonly out on the wing, is one of the top assist makers in the Portuguese top tier.