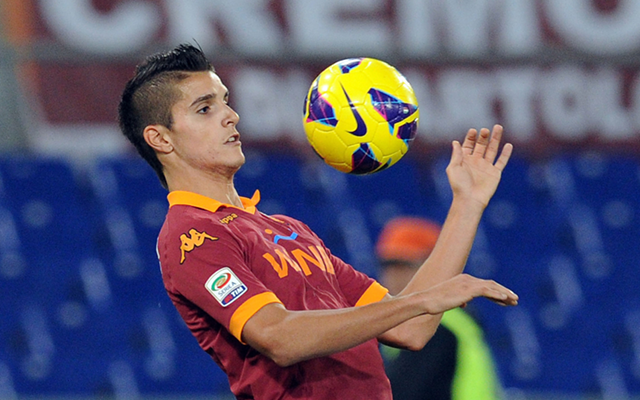 Mancini’s men set to up the offer.

Manchester City have promised to come back with an improved offer for Roma star Erik Lamela after their initial approach was rejected, according to The Express.

The 22-year-old has enjoyed an impressive season with the Serie A giants this term and City were compelled to make an offer for him during a scouting trip to see him face off with Fiorentina earlier this year.

Reports in Italy suggest that City tabled an £18 million offer for the attacking midfielder but that was rejected by Roma, forcing City to go back to the drawing board to prepare a bigger package.

It is thought that Roberto Mancini is keen to push the deal through as quickly as possible to get the jump on rivals Manchester United as it is rumoured that Sir Alex Ferguson is also a fan a is considering a bid of his own.

Lamela joined Roma from Argentine giants River Plate in 2011. He has made 61 appearances in Italy, scoring 21 goals and is developing into one of the finest attacking midfielders in the country. So far this season he has scored 15 goals in 30 games, making this his most successful campaign to date.

He is under contract until 2016 in the Italian capital.