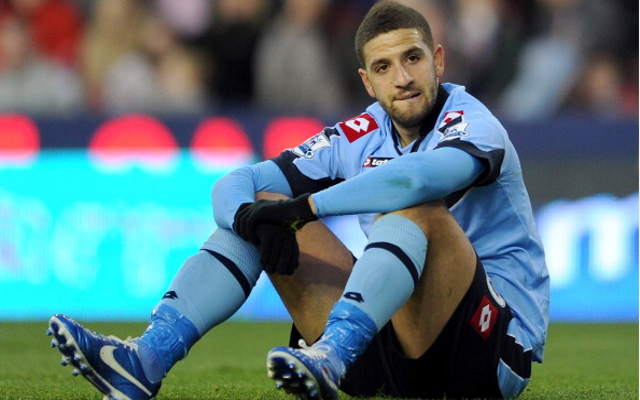 Loftus Road side fighting to balance the books after relegation to the Championship.

QPR have opted to place a £15m price-tag on Moroccan international Adel Taarabt according to The Sun.

It’s a fee that surely no side would be willing to pay. Clearly the former Tottenham man has the ability to make an impact and has on occasion proven himself to be a very able playmaker, even in Premier League terms. However even in today’s bloated transfer market there is no a side on Planet Earth who would be willing to cough up such an amount for the 23 year old.

There are serious fitness concerns over the talented attacker who has appeared in 29 Premier League matches this term but on 14 of those occasions he’s not managed a full 90 minute run-out, in fact that last time he did so was back in February.

QPR insist they turned down a £12m offer for the attacker in January and are said to be keen on keeping hold of the player, in which case they needn’t put a price-tag on the player at all and could instead just utter the words ‘He’s not for sale’ publicly.

Taarabt is however costing QPR a lot of money. He has two years left on his current contract and is on a reported £50k a week, a deal that a Championship side can not afford to fork out.

However they may have ‘Bigger Fish to Fry’ as they look to find a buyer for January signing Christopher Samba, who cost the West London club £12m and is on a whopping £100k a week!