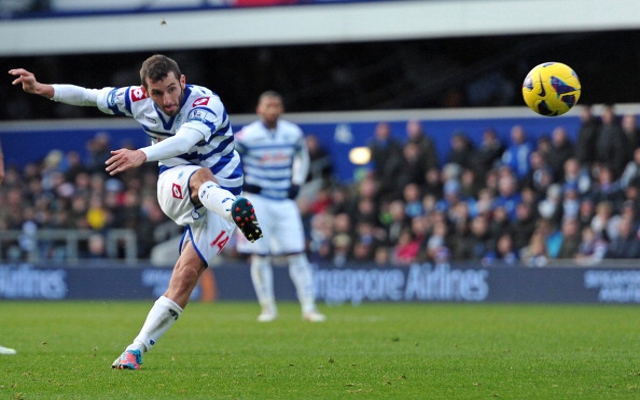 Relegated Loftus Road side set about balancing their books.

QPR are so keen to rid themselves of four big earning stars that they are willing to do so on free transfers.

The Sun believes that the Loftus Road side will allow four of their big name signings to leave to help the club balance their balance sheet.

Perhaps the most likely to attract interest in Brazilian keeper Julio Cesar, who is on a reported £90k a week. The former Inter Milan keeper impressed for patches of the current campaign but with three years left to run on his contract QPR owner Tony Fernandes is happy to allow the experienced keeper to leave for nothing. AC Milan are said to be interested.

Former Real Madrid midfielder Esteban Granero, who cost QPR £9m last August, can also leave on a free transfer. The 25 year old is tied to the West London club until 2016 and is earning the level of wages that a Championship side simply can not justify.

Former Chelsea full-back Jose Bosingwa, who was lambasted by loaned out midfielder Joey Barton for appearing to laugh as he left the field of play following last weekend’s goalless draw at Reading, earns £65k a week and is also on the exit bound list with apparent interest from a host of Middle-East clubs.

England midfielder Jermaine Jenas can also leave on a free transfer due to a stipulation in his contract stating he was free to pursue a move away from Loftus Road is QPR failed to avoid the drop.