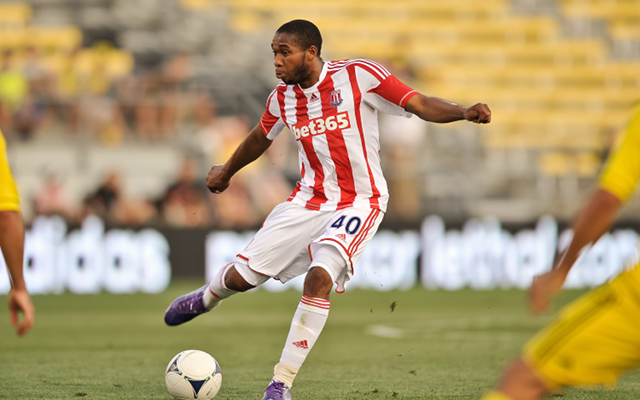 Honduran hitman has no future in the Potteries.

Stoke City have told Honduran midfielder Wilson Palacios that he can leave the club this summer, according to The Telegraph.

The club are hoping to find a buyer for the 28-year-old and offload his £26,000 a week wages to make room for any potential new recruits over the summer.

Palacios cost Stoke £6 million when he joined from Spurs in 2011 and has endured a nightmare spell in his two years at the Midlands club, managing to make just 32 appearances, with only four coming this season.

A long term knee injury has held him back this year, but the club would rather cash in on whatever they can get for him rather than let him fester in the reserves collecting big wages.

He almost joined Fulham on loan last summer only for the deal to fall through, and Stoke couldn’t find a club willing to take him on in  the January transfer window.

Stoke aren’t singling him out either, as they plan to offload Jermaine Pennant, Dean Whitehead Mamady Sidibe and Carlo Nash whilst Michael Owen is retiring.

Palacios first came to England with a loan spell at Birmingham City in 2007. Since then he has featured for Wigan and Spurs before joining Stoke.