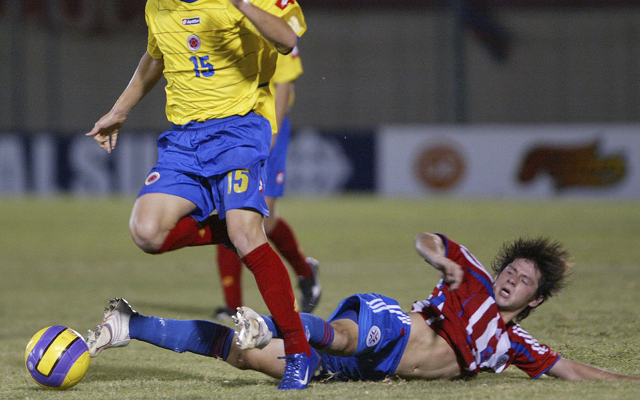 Check in to Crystal Palace vs Peterborough United

Crystal Palace are set to launch an audacious move to sign Real Madrid forward Javier Acuna should they win promotion to the Premier League, the Daily Mail reports.

The 24-year-old has also been a target for fellow Championship sides Bolton and Middlesbrough but it is Palace who are the keenest to sign him, though they won’t be able to offer him anything if they can’t offer him top flight football.

The Paraguayan is currently on the books with Real Madrid’s B team after spending the bulk of his career with lower league Spanish sides. He has spent the past two seasons on loan with Segunda Division side Girona, however, he is out of contract at the end of the campaign and is said to be keen on a move to England.

Palace remain the keenest to bring him to these shores as they seek a replacement for the Manchester United bound Wilfred Zaha, though they aren’t able to match the wages that their rivals will be able to offer the former Paraguayan under-20 international unless they gain promotion and receive a fresh cash injection to spend on new signings.

Palace are currently fifth in the Npower Championship table and will need to beat strugglers Peterborough this weekend to secure a playoff spot.