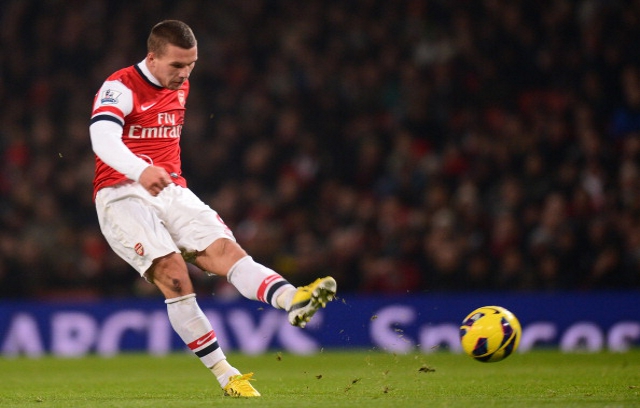 Turkish giants Galatasaray are readying a £12m bid to sign Arsenal attacker Lukas Podolski according to the Metro.

Having brought in big names Didier Drogba and Wesley Sneijder the Istanbul side are clearly looking to further strengthen their squad and feel they could lure the ‘unsettled’ German to Turkey this summer.

Podolski has found himself on the bench for portions of the current campaign but has on the whole had a successful first season at the Emirates Stadium and seems unlikely to be itching for a Gunners exit any time soon.

Galatasaray are ready to offer Arsenal £12m for the 27 year old, who cost Arsenal £10.9m a year ago, as well as an £130k a week deal, which is more than he is currently earning at the North London club.

Arsene Wenger is highly unlikely to consider offers for the adaptable attacker, who has been used primarily in a wide role this season, who has thus far this season registered 14 goals and 11 assists in 39 appearances in all competitions.

Perhaps worryingly for Podolski is the fact that he has started just one of Arsenal’s last six Premier League fixtures, and this perhaps only down to the fact that Olivier Giroud was suspended for the club’s recent fixture with Man United.