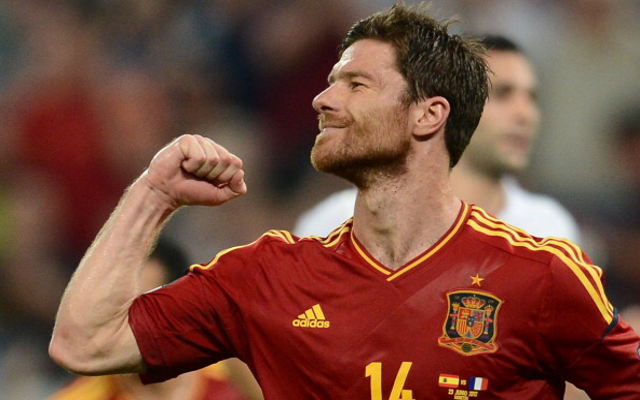 Anfield side look to beat Stamford Bridge side in race to land Spanish international.

Liverpool are ready to step up efforts to re-sign Real Madrid midfielder Xabi Alonso after hearing of Chelsea’s apparent interest in luring the Spaniard into following manager Jose Mourinho to Stamford Bridge.

The 31 year old is thought to be one of the few Bernabeu stars to have stuck with the Portuguese boss whilst most have opted to shun Mourinho in an attempt, that is likely to be successful, to have the 50 year old axed by the Real Madrid board this summer.

Brendan Rodgers is known to be interested in signing the World Cup winner, even though a move for the Real Madrid schemer doesn’t follow his, and the club’s, youthful transfer policy. However the Northern Irishman is keen to mix youth with experience, not least having seen Steven Gerrard display a real return to form this term.

Liverpool’s American owners also see the financial benefits of such a deal and are therefore open to offering up to £12m for the former Merseyside hero. It’s a fee that may well tempt Real Madrid given that Alonso has thus far refused advances to sign a new contract with his current deal having just over a year to run.

There is a sense that if Mourinho does leave the Spanish giants than any issue Xabi Alonso has with putting pen to paper on a new contract will be exacerbated and there is also speculation that the player is very much interested in a move back to the Premier League.

With Spanish tax laws beginning to really bite Alonso knows that he stands to make a great deal more money playing in the English top tier. Previous reports suggested that Liverpool were willing to offer as much as £90k a week and the length of deal on the table from either his former side or Chelsea would also be a big factor in his decision making process.

Xabi Alonso enjoyed a successful five season spell at Liverpool, during which time he racked up 210 appearances and 19 goals, many of which were of the spectacular variety.

Alonso helped Liverpool to a 2005 Champions League Final triumph in Istanbul but was sold to Real Madrid in a £30m deal in August 2009.