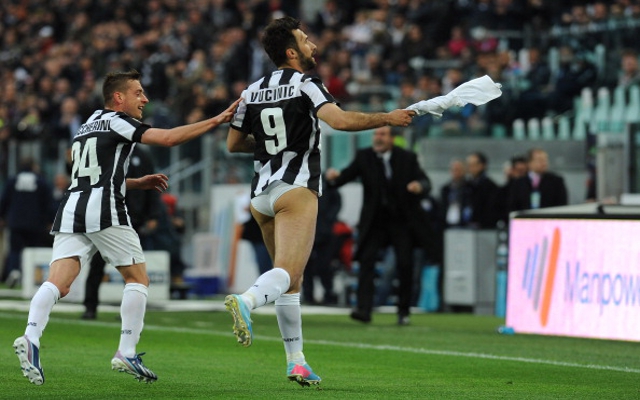 After missing out on Lewandowski and Falcao, United look to Vucinic to boost their strikeforce.

Juventus’ Mirko Vucinic has emerged as a target for Manchester United in the Italian press, according to Forza Italian Football.

The Montenegro forward could be allowed to leave the Italian giants this summer, as Manchester City’s Edin Dzeko has apparently been lined up as a replacement.

United are on the look-out for new strikers, with duo Wayne Rooney and Javier Hernandez being strongly linked with moves away from Old Trafford following a difficult season in the shadow of Robin van Persie.

Vucinic has not hit his best form for Juventus since joining from Roma, but is still a highly-rated talent, and could be an option for Sir Alex Ferguson if he misses out on his main targets – Robert Lewandowski of Borussia Dortmund, and Atletico Madrid’s Radamel Falcao.

Lewandowski is apparently set to reject United for a move to Bayern Munich, while Falcao’s future remains unclear. United would face competition from Chelsea, Manchester City and Real Madrid for the Colombian striker, while Vucinic would be a relatively more straightforward signing.

Much of it depends on Dzeko, who is understood to be one of the players on the way out of Manchester City this summer, as Roberto Mancini plans a reshuffle of his squad to win back the Premier League title next year.