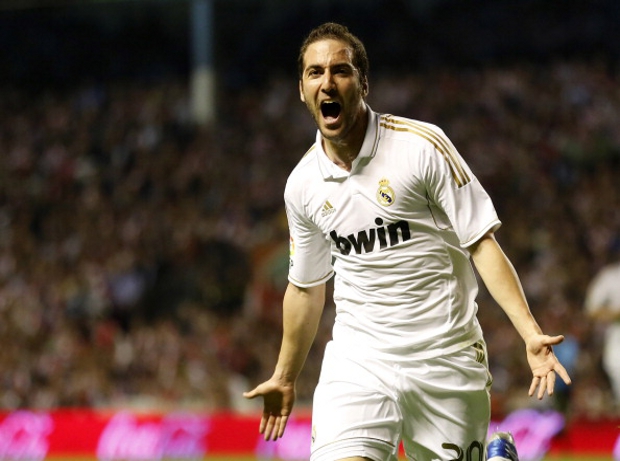 The 25-year-old is considered by many as one of the finest forwards in the game today and has enjoyed another fine season that has seen him bag 16 goals in 40 appearances across all competitions but has been alternated with French ace Karim Benzema and it with him who the club want to keep, meaning Higuain’s six year spell in the Spanish capital is soon to be over.

Real are said to be planning to make room for prospective targets Gareth Bale and Sergio Aguero and see the Argentine international as the ideal makeweight.

The club’s general manager, Jose Angel Sanchez, confirmed his exit by telling French paper L’Equipe: “In a great club like real, we believe we need two number nines of a high level.”

“We have Benzema and Higuain, Higuain will leave, Benzema will stay and two others will come.”

Higuain has scored 119 goals in 260 games over his six year spell at the Santiago Beranbeu and he is thought to have some viable options come the summer with the likes of Juventus, Paris Saint-Germain, Chelsea and Tottenham all keeping a close watch on him.