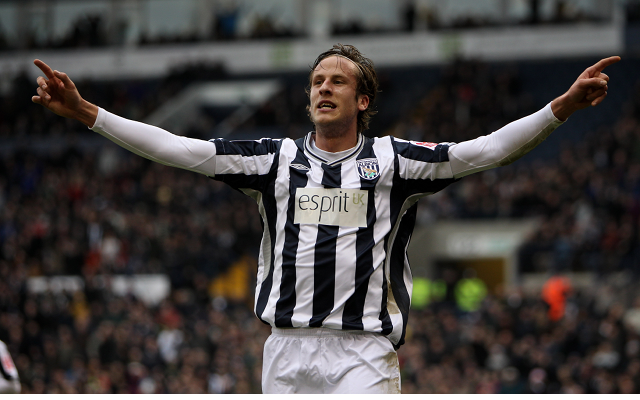 Check in to West Bromwich Albion vs Wigan Athletic

West Bromwich Albion defender Jonas Olsson could be set to spark a bidding war this summer after it was revealed that he has a £3.5 million buy out clause installed in his contract, the Daily Mirror reports.

The 30-year-old has been a key figure in Albion’s impressive season and is reportedly being watched by a number of clubs as they have discovered is low buy out clause. Olsson signed a new four-year deal with the Midlands outfit late last year but made sure the clause was installed, which permits any top flight club to speak to him.

Both West Ham and QPR had expressed a serious interest in the Swedish international in the August and January windows respectively, whilst fresh reports indicate that Brendan Rodgers is monitoring the situation as he seeks a replacement for the retiring Jamie Carragher this summer.

Olsson has spent five years at The Hawthornes, joining from Dutch side N.E.C for a fee of just £800,000. He has gone on to be a crucial figure at the club, making nearly 200 appearances during his time there, with 33 coming this season.

Now a full Swedish international, he was part of the squad that featured in last year’s European Championship.