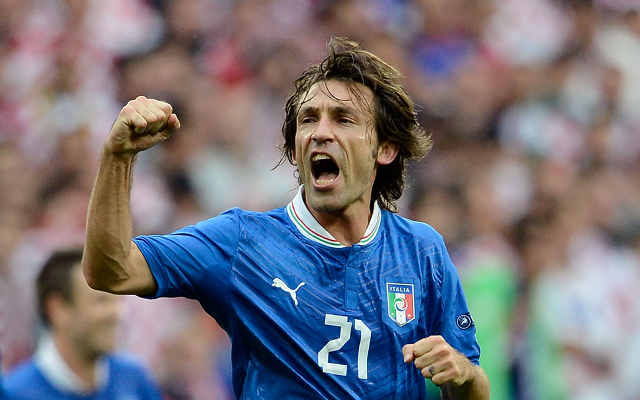 Midfield maestro has no plans to quit club football yet.

The Italian national side is set to see the end of another era as Juventus midfielder Andrea Pirlo has announced that he will retire from international football following next year’s World Cup, the Daily Mail reports.

The 33-year-old has decided that he wants to make one more attempt at brining the highest reward in football back to Italy but will step aside once the tournament is over.

Pirlo has scored 11 goals in 97 appearances for the national team and his retirement will follow 12 successful years in the blue of La Squadra.

Speaking at the release of his autobiography he said: “We have to leave space for the youngsters to come through.”

“At club level I will continue playing as long as I feel the desire, passion and the sense I am still important to the team, otherwise I’ll be the first to step back.”

Pirlo enjoyed a renaissance last year by helping Italy reach the final of the European Championships where they eventually lost out to Spain. His performances, especially that against England in the quarter final, drew many plaudits who promptly hailed him as one of the finest midfielders in the world.

The Juventus man was also part of the squad that won the World Cup back in 2006.