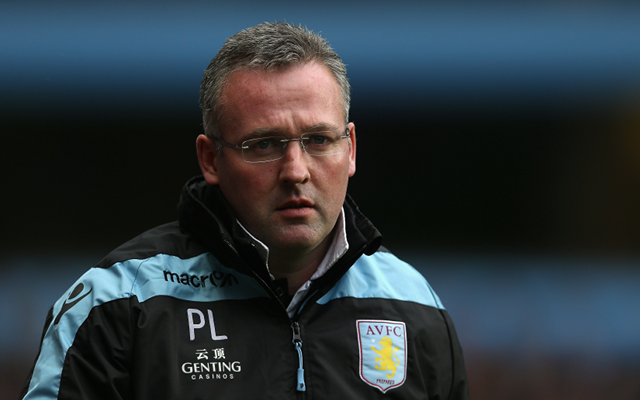 Bumper new deals to be offered at the end of the season.

Check in to Norwich City vs Aston Villa

Aston Villa manager Paul Lambert will be offering new deals to three of his young stars at the end of the season should they manage to avoid the drop, according to the Daily Mirror.

The Premier League ever presents took a giant leap towards safety this week by dismantling Sunderland 6-1, a win that now sees them sat in 16th place and five points ahead of Wigan.

And the former Scottish international has revealed that a number of the club’s young stars will be earning new and improved deals at the end of the season.

It’s known that Villa’s priorities are to put new deals in place for strike duo Andreas Weimann and Christian Benteke, who’s goals have helped Villa keep their heads above water this year, but the club are also keen to secure the future of full back Matty Lowton after the 23-year-old has impressed since joining from Sheffield United last summer.

“There’s definitely a few lads you would look at who I think have done really well,” Lambert said.

“It will be my decision. If we get through this period of time then we’ll sit with everyone and explain.”

“There’s a few of them that you would think: ‘yes, he’s done great’ and Matty’s definitely one of them.”

Villa travel to fellow strugglers Norwich this weekend knowing that a win will see them jump above the Norfolk side and hit the magical 40 point mark.