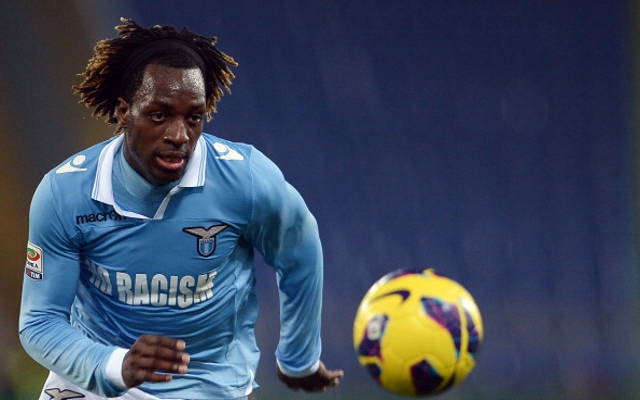 Another Belgian could be heading to the Premier League.

Check in to Lazio vs Bologna

Lazio defender Luis Pedro Cavanda is the latest of the club’s stars to be linked with a move to the Premier League, according to Sky Sports.

The 22-year-old’s agent has claimed that Everton and Stoke City are both keen on recruiting the full back over the summer.

Aston Villa had been heavily linked to the Angolan born Belgian under-21 international in the January transfer window but they decided to focus their attentions elsewhere, bringing in French midfielder Yacouba Sylla instead, whilst Arsenal were also thought to be taking an interest.

However, the player’s agent, Ulisse Savini, claimed that all of the serious interest from the Premier League emanated a little further north than the West Midlands.

“We are looking into several offers but they have to meet the demands of Lazio,” he told newspaper La Lazio Siamo Noi.

“The most serious interest? That is Everton and Stoke City.”

Cavanda broke through into the Lazio team in 2010 but spent two years on loan with Torino and Bari in Serie B before establishing himself in the Laziale squad this term.

He has so far made 24 appearances this season and if he were to move to the Premier League he would join the growing plethora of Belgian talent flocking to England right now.