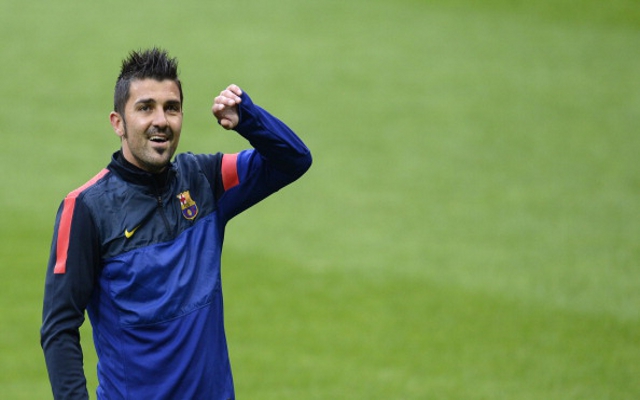 Reports in Spain say that Liverpool are planning to sign David Villa if they lose star striker Luis Suarez this summer.

Spanish newspaper AS claims that the Reds see the out-of-favour Barcelona man as a replacement for Suarez, rather than as a strike partner.

Liverpool have maintained that they do not plan to sell the Uruguayan, with the captain, manager and director all making their stance on the matter very clear, though there are likely to be a number of interested suitors for the former Ajax man this summer.

Suarez has scored 30 goals in all competitions for Brendan Rodgers’ side, but after more negative publicity and a lengthy ban for biting Chelsea’s Branislav Ivanovic, there have been suggestions that he is unhappy with life in England.

Villa would be seen as a suitable replacement, though at 32 years of age he would not be a long term solution to Liverpool’s problems upfront. However, he will be available for cheap this summer with Barca not considering him part of their first-team plans.

The Spaniard had been linked quite strongly with a move to the Premier League with Arsenal in January, but a move fell through. Still, he could be playing in England next summer depending on what happens with Liverpool and Suarez.