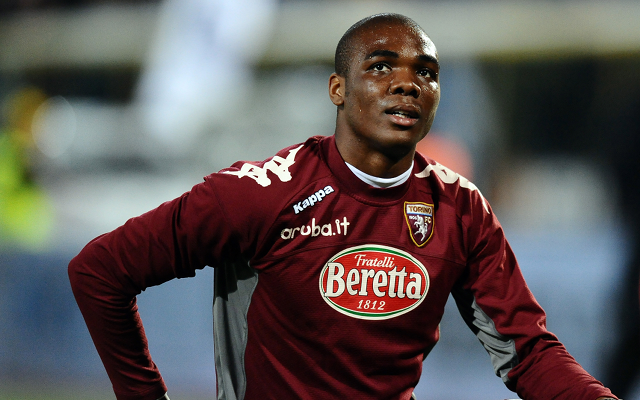 Manchester United are preparing a bid for highly-rated Torino defender Angelo Ogbonna, according to talkSPORT.

The stopper has had an impressive year in Serie A, attracting interest from a number of top clubs such as Bayern Munich, AC Milan and Liverpool.

However, United are serious about beating off contention for his signature, as they look to bring in a new first choice centre-back to deal with the absence of injury-prone Nemanja Vidic.

Liverpool are on the search for a replacement for Jamie Carragher, who will retire at the end of the season, leaving them short in defence with just Daniel Agger and Martin Skrtel – with the latter’s future at the club also up in the air.

The Italian would be a useful addition to Sir Alex Ferguson’s Premier League-winning squad, who struggled to keep clean sheets for much of the first half of the season, which at one point threatened to derail their chase for the title.

If it came to it, Ogbonna would probably favour a move to the champions over Liverpool, but a move to Pep Guardiola’s Bayern Munich would also be a tempting one.

United won’t want to miss out on another target to Bayern, with the German champions looking like beating them to the signing of Polish striker Robert Lewandowski.