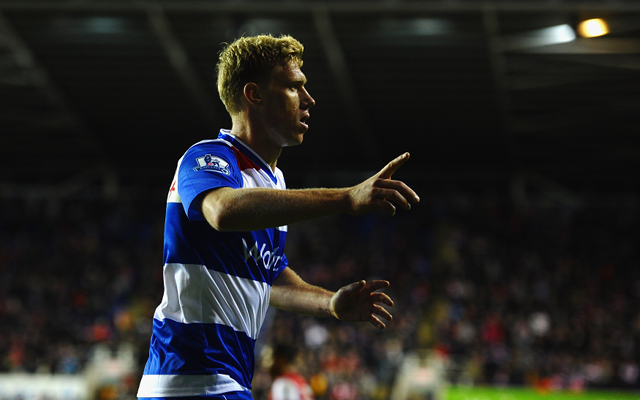 Reading striker Pavel Pogrebnyak is hoping to find a new home in the Premier League if he leaves the club this summer, according to Sky Sports.

The 29-year-old hasn’t had the impact the many were hoping he would this term by only managing to bag eight goals in 24 appearances.

His output was a far cry from the dangerous form he displayed last season whilst on loan with Fulham. Six goals in 12 games for The Cottagers gave Reading the hope that he would fire the club to safety, but he was unable to help the club from sliding back into the second tier.

However, the Russian international still believes that he has something to offer a top club and is hoping that he’ll be able to stay in the Premier League should he leave the Berkshire club this summer.

“Until the season is over we wouldn’t say anything,” agent Oleg Artemov said.

“Pavel has a contract with Reading and we don’t want to reveal our secrets.”

And when asked if Pogrebnyak wanted to stay in England he said “yes.”

Pogrebnyak has had a long and colourful career. After winning a long list of honours with Zenit St Petersburg, including a Uefa Cup, he joined German club Stuttgart where he failed to make an impact before coming to England.