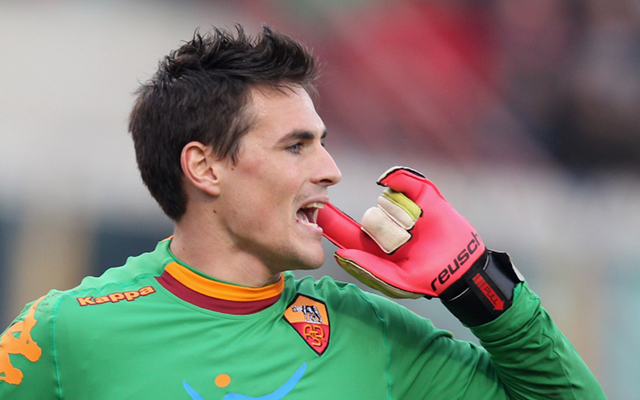 Check in to Fiorentina vs AS Roma

Italian giants Roma are set to send their on loan goalkeeper Mauro Goicoechea back to his parent club Danubio at the end of the season that could open the door for a switch to the Premier League, according to talkSPORT.

The 25-year-old joined the Serie A side on a season long deal last summer but are not taking up the option to extend his stay after failing to impress and and displace either Maarten Stekelenburg or Bogdan Lobont.

He has made just 14 appearances this season, conceding 24 goals. His debut came in 3-2 defeat to Parma as a second half substitute for the injured Stekelenburg. He then went on to temporarily cement his place in the Roma side with seven impressive performances which included a 4-1 victory over Palermo and an appearance in the Rome derby against Lazio.

However, some disappointing team performances led to coach Zedenk Zemen’s sacking and on the manager’s final game in charge the Uruguayan conceded a clanger of an own goal as was promptly dropped with Stekelenburg reinstated in his place.

But that hasn’t been thought to deter two unnamed Premier League clubs rumoured to be watching him closely.

With him heading back to Uruguay first, and Fulham’s links to Stekelenburg suggest that Roma will be in the hunt for a new goalkeeper themselves.