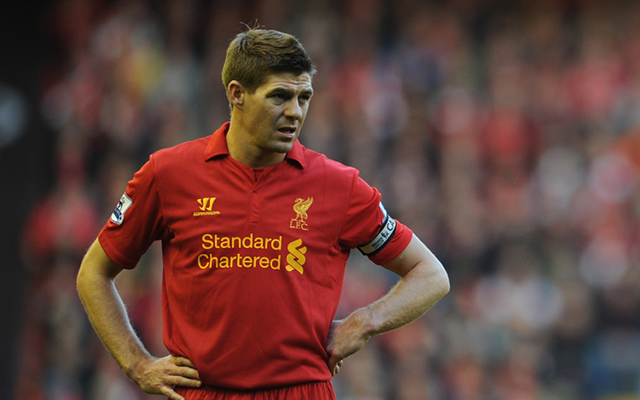 Liverpool skipper on Suarez’s ban and future at the club.

Liverpool captain Steven Gerrard is not worried by talk of Luis Suarez leaving Liverpool, saying he believes the Uruguayan is happy at the club.

The former Ajax striker has been a hit for the Reds since joining in 2011, enjoying his best season this year with a return of 30 goals. His form is said to have attracted interest from top clubs such as Bayern Munich and Juventus.

However, his season was cut short after he received a ten-match ban for biting Branislav Ivanovic in a recent game with Chelsea. He has received much criticism since the incident, but Gerrard still believes he is happy with life here.

Speaking to the Liverpool Daily Post, Gerrard said: “I don’t think that what’s happened to Luis will affect him much in terms of his future.

“Maybe one day we will have to accept that Luis wants to move on, and that will be his decision.

“But I don’t see any signs of it at the moment. Luis has been really happy here at Liverpool and he seems settled here. I don’t see him wanting to leave right now.”

The 32-year-old added that he believes his side can finish the season strongly, even without Suarez, who Gerrard praised for having ‘a phenomenal season’.
“It would be a disservice to Luis to say that we can cope without him, but it would then be disrespectful to my team-mates to say that we can’t,” said the England captain.

“In an ideal world we’d have him available because he makes the team a lot stronger. He’s had a phenomenal season.

“But I have a lot of confidence and belief in the squad of players we have got. We can cope without Luis until the end of the season.

“Certainly, I don’t go into the game at the weekend feeling we can’t win the game because Luis isn’t there.”

Whether or not Suarez leaves, Gerrard said that Liverpool need to invest in a striker this summer due to a lack of depth in the squad.

Daniel Sturridge is now the club’s only recognised striker, while Andy Carroll is out on loan at West Ham and unlikely to return.

“You look at top teams in Europe and at United, City and Chelsea, and they all have three or four top strikers,” Gerrard added.

“That’s something we haven’t had. We had one until January. Then Sturridge came in and we have two. In my opinion, to compete at the top we need to have three or four strikers.”