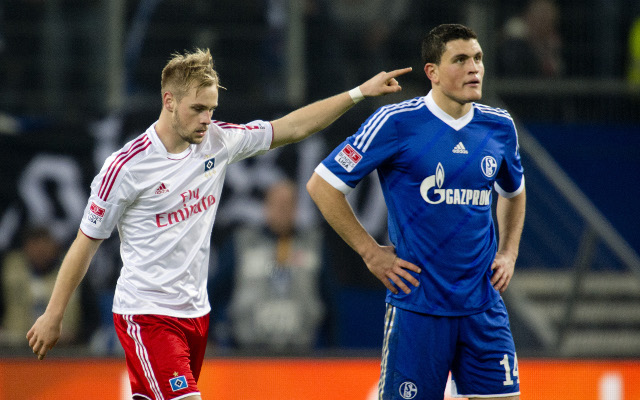 Chelsea will compete with Manchester City and Atletico Madrid for Schalke defender Kyriakos Papadopoulos, according to the Metro.

The versatile 21-year-old can play in a number of useful positions – centre-back, right-back and defensive midfield, and Chelsea feel he would be an important addition to their squad.

However, they will have to compete with big-spending Premier League rivals Manchester City and meet the Bundesliga club’s asking price of £15million.

Papadopoulos is the latest Bundesliga player to be linked with the Blues, as they are reported to have opened talks with Bayer Leverkusen over Andre Schurrle. Meanwhile, Jose Mourinho is reportedly keen on bringing in Borussia Dortmund’s Robert Lewandowski if he rejoins the Stamford Bridge club this summer.

With David Luiz today being linked with a big-money move to Barcelona, a defender like Papadopoulos might become a priority signing for Chelsea owner Roman Abramovich, as doubts also remain over the future of captain John Terry.

The club are perhaps anticipating these changes to their backline, and are expected to open talks with Schalke and Papadopoulos in the next two weeks, in a bid to beat City and Atletico to his signature.