With Jose Mourinho possibly returning to Chelsea, we look at the top ten best moments of his career. 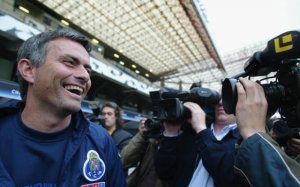 After breaking into the game working as a translator and later assistant manager to Bobby Robson at Sporting Lisbon, Porto and Barcelona, it is as manager of Porto that he starts to make a name for himself, winning the treble in his first season, sealing it with a win over Celtic in the UEFA Cup final. 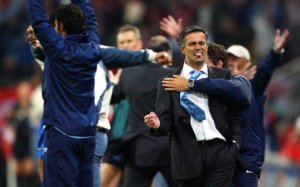 Mourinho really puts himself on the map, following up his UEFA Cup success with a shock win for Porto in the Champions League. His team overcome Manchester United on their way to the final, where they comprehensively defeat Monaco 3-0. 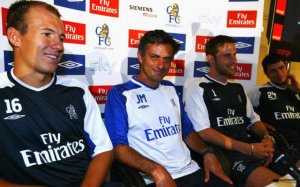 It doesn’t take long for ambitious Chelsea to snap him up, and the Portuguese sensation – quick to declare himself ‘the special one’ – moves to Stamford Bridge along with big-money signings Arjen Robben, Petr Cech and Mateja Kezman. He spends further money on Didier Drogba and brings Ricardo Carvalho and Paulo Ferreira with him from old club Porto. 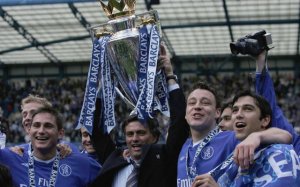 Mourinho immediately delivers the title that Chelsea owner Roman Abramovich craves, winning the league in his first season with a record-breaking points total of 95 as well as an all-time low goals against record of just 15, making relatively easy work of wrestling the trophy off Arsenal’s famous Invincibles side. 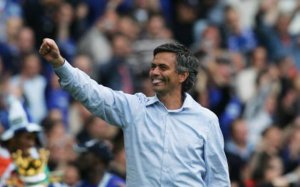 It’s plain sailing for Mourinho as his side retain their Premier League crown the following year. The likes of Michael Essien, Shaun Wright-Phillips and Asier Del Horno were added to his side, as the Blues continued to dominate English football under the special one’s guidance. 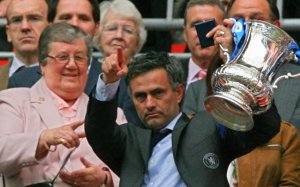 Mourinho is forced to settle for second place in the league in 2007, as Manchester United get themselves back to the top of the table. A relatively less successful season then, though the Portuguese coach still manages to win both cups for Chelsea, beating Arsenal 2-1 in the Carling Cup, and gaining revenge on United with a 1-0 win in the FA Cup final. However, tensions begin to grow with Roman Abramovich, and Mourinho makes the surprise decision to quit Chelsea early the following season.

4. Guides Inter to Serie A title in his first season 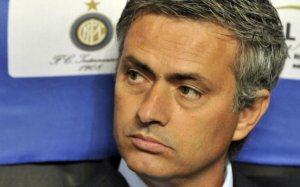 Mourinho’s next job after a year away from the game is with Serie A giants Inter Milan. As with Chelsea, he wins the title in his first season with the club, and as with Chelsea he looks like building another solid team that knows how to get results. 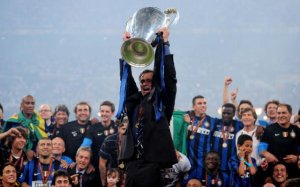 Perhaps the best achievement of his career so far, the special one’s second season with Inter is a huge success, as they win their first ever treble. He manages to knock out his old side Chelsea, as well as favourites Barcelona on his way to the Champions League final, where they record a solid 2-0 win over Bayern Munich. Funnily enough, the final was played at Real Madrid’s Bernebeu stadium that year, and that proves to be his next port of call. 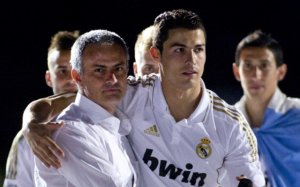 For once, Mourinho can’t deliver the title in his first season with his new club, but he helps Real Madrid end Barcelona’s run of three La Liga titles in a row with an impressive league win in 2012, aided by the phenomenal Cristiano Ronaldo. However, a poor season the next time round means his relationship with the club goes sour. 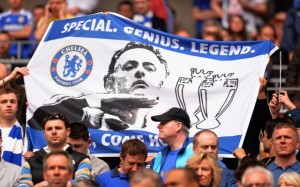 Mourinho’s future remains unclear, but after announcing that he would leave Real Madrid, a return to Chelsea looks on the cards for the Portuguese tactician. Still loved at Stamford Bridge, he would be the popular choice for the job once interim boss Rafael Benitez leaves at the end of the season. Blues fans will be hoping his previously frosty relationship with Roman Abramovich won’t get in the way of the special one’s return.