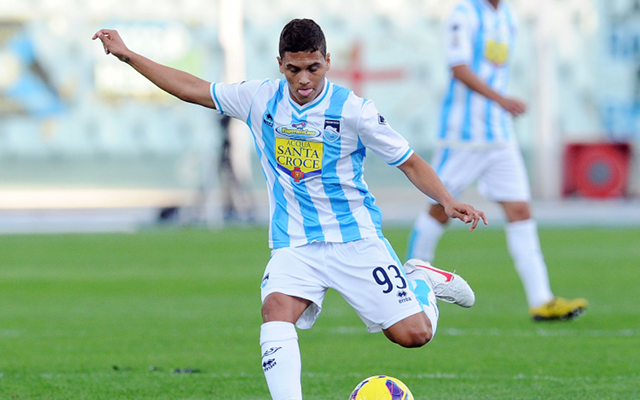 Portuguese giants will square up to United for midfielder.

Porto are hoping to jump ahead of Manchester United in the race to sign Colombian international midfielder Juan Quintero, according to talkSPORT.

The 20-year-old is on loan at Serie A side Pescara from Colombian club Atletico Nacional and has impressed at how easily he’s slotted into European football and his form has caught the eye of the English champions.

However, a number of clubs are also said to be keen on securing his services next term with the likes of Inter Milan, Udinese and PSG all watching him closely but it is the Portuguese giants who are said to be hoping to tie up a deal as soon as possible.

Sir Alex Ferguson’s men are hoping to add some new additions to their midfield following the expected retirement of Paul Scholes and the proposed exits of Nani and Anderson who have both failed to shine this term.

Quintero broke through at Atletico Nacional after joining from Colombian youth side Envigado in January last year before making the loan move to Italy last summer.

He has made 17 appearances for Pescara this season, scoring once and it is his creative and highly technical approach to the game that has caught the eye of the European giants.

He made his international debut for Colombia last year in a friendly against Cameroon.