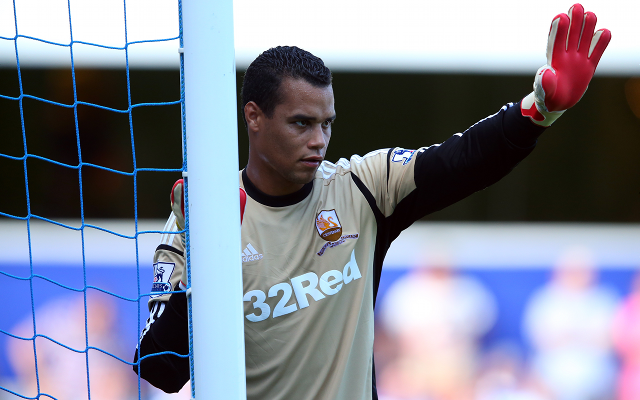 Vorm keen to stay with Swans.

Swansea City goalkeeper Michel Vorm has pledged his future to the Capital One Cup winners insisting that he will still be at the club next season, Sky Sports reports.

The 29-year-old has established himself as one of the finest goalkeeper’s in the Premier League during his two year spell in South Wales and has been linked extensively with a move away to the likes of Arsenal, Liverpool and Barcelona.

However, the Dutch international has dispelled any speculation of a summer switch by reaffirming his desire to stay at the club and see out his contract which runs until 2016.

“I expect to be here next season. I have a contract until 2016 which I signed at the beginning of this season,” Vorm said. “Obviously you never know what can happen in football but I see myself playing here next season.”

“Talk of me joining other clubs is something that has been put together by the media. No one has ever been to (Swansea chairman) Huw Jenkins or to my agent saying they want to sign Michel Vorm for next season.”

“It is all speculation, but in some ways it is positive because it means people look at you as someone who is doing well.”

Vorm is now looking forward to preparing for Swansea’s first venture into the Europa League next season.