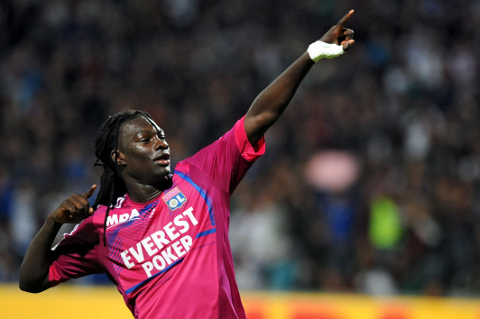 Wenger will be keen to make the most of Lyon’s much publicised financial difficulties by making an offer in the region of £10m for the powerful 27 year old forward.

Gomis is into his fourth season at the Stade Gerland and has netted 16 Ligue 1 goals thus far this term as Remi Garde’s third placed side look to secure an all important Champions League berth which will greatly help the club balance it’s books.

Aulas confirmed a few months ago that further sales were inevitable stating that players sales would be sold in each of the next two transfer windows.

Wenger will look to make room for striking additions by offloading loaned out trio Nicklas Bendtner, Park Chu-Young and Marouane Chamakh on a permanent basis and could also consider offers for Ivory Coast international Gervinho but has no intention of selling either Olivier Giroud and Lukas Podolski who have both had solid, if not spectacular, first season’s with the North London club.

Gomis has been a consistent goal-scorer in France, netting a dozen plus goals in each of his last six seasons and the former Saint-Etienne man may feel that a high-profile move could help in his pursuit of a more meaningful role in Didier Deschamps national team set-up, his last start for Les Bleus coming in October 2011.