Real Madrid goal machine Cristiano Ronaldo, who moved to within one goal of a double century for the Bernabeu side last night, has revealed he would be open to a sensational return to Old Trafford according to the Daily Star.

This source states that the 28 year old has told a senior Man United player that he would consider the possibility of a move back to the club he spent six seasons with prior to his £80m move to the Spanish giants in 2009.

Sir Alex Ferguson has been told he has ample funds to invest in his Man United squad this summer and the Scot has publicly stated that he may look to bring in a ‘Marquee’ signing this summer.

“If I was to ask about going for a certain player now, I think they would do it. There has been a wind change. I could maybe go for a top player, if that’s possible.

“It doesn’t matter where they play – if you get a top player in it improves it. We had Chicharito Hernandez, Danny Welbeck and Wayne Rooney last summer, but we still signed Robin Van Persie.

“We’ve won the league because we’ve got a good, strong squad and I think we’ll add to it.”

There has been strong speculation of a potential £65m bid from Man United, an offer Real Madrid may consider given that Ronaldo has two years to run on his current deal with the player seemingly no nearer to putting pen to paper on a new contract. 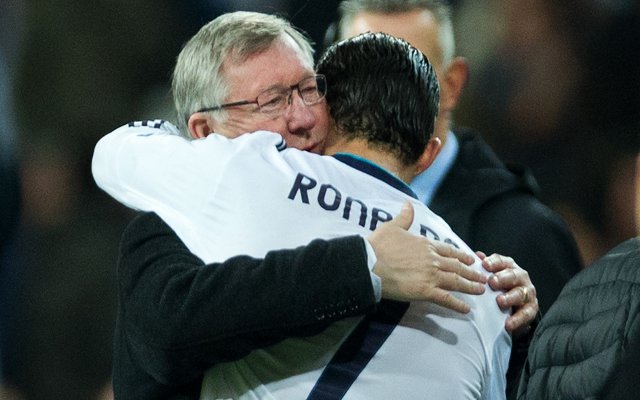 With Real Madrid losing their La Liga title to Barcelona and growing speculation that Jose Mourinho could be set to leave the club there is perhaps a degree of uncertainty that Man United can look to make the most of though it is worth noting that PSG are also said to be monitoring developments.

After four seasons at Real Madrid the sum total of tangible success Ronaldo will have to show from his Spanish adventure could amount to one league title and a couple of Copa del Rey winners medals, probably not the level of success he would have hoped following his world record transfer four years ago.

Ferguson knows that a move to re-capture Ronaldo would be a massive statement of intent and in financial terms it’s certainly one Man United can afford to consider given the money making options that would result from such a signing, clearly the Nike/Man United tie-in would suit both the club and the sporting conglomerate.

In pure playing terms having a goal-scoring option like Cristiano Ronaldo on the wing would be huge boost for Man United, with the likes of Nani/Luis Antonio Valencia and Ashley Young all having very average seasons this term.