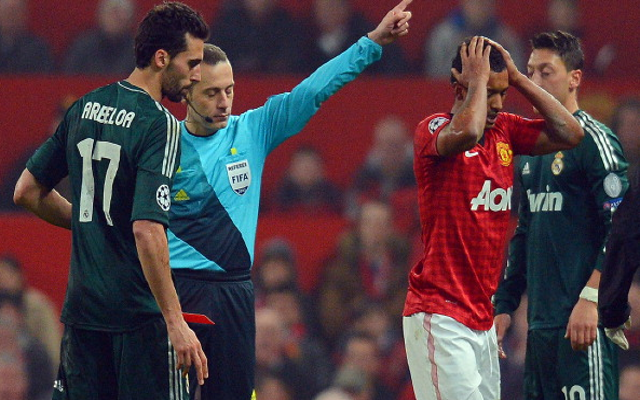 Sir Alex Ferguson says that Manchester United will not be selling anyone this summer, despite reports linking the likes of Nani away from the club after a poor season.

According to the Metro, Ferguson is happy with Nani’s displays, and does not plan to sell the Portuguese winger to Juventus, Anzhi or any of the other clubs being mentioned.

Nani had even been mentioned as part of an incredible swap deal along with out-of-favour striker Javier Hernandez to bring Cristiano Ronaldo back to Old Trafford from Real Madrid.

The former Sporting Lisbon attacker is not the only member of United’s midfield to have a relatively poor season. Ashley Young and Antonio Valencia also face the chop from Ferguson this summer as the Scot looks to add more goals and assists from the middle of the park.

Some big names have been linked with joining the Red Devils, none bigger than Ronaldo, but Claudio Marchisio and Arturo Vidal of Juventus have also been mentioned as upgrades on their current midfield men.

However, despite the rumours, Ferguson remains adamant that the club will not be in the selling business this summer.

“We have no plans to sell anyone,” he said.

“That’s a fact. There is no need for us to sell anyone. Nani played last week at Arsenal and he did well.

“When he is in form there are very few better than him. So I think we will bring him back in pre-season training and he will be all right.”