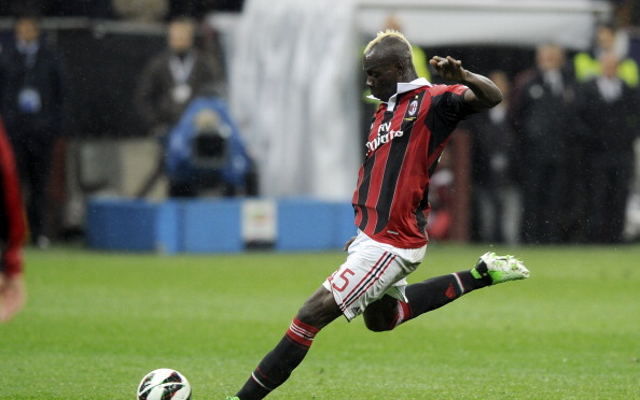 Former Manchester City striker Mario Balotelli has backed his old club to win the FA Cup this season, giving them a springboard to reclaim the Premier League title next year.

Speaking to the Sunday Mirror, the Italian said that City’s FA Cup win two years ago helped the club believe they could go on to bigger things, and they followed up their cup success with a thrilling title win the following year.

The controversial striker played his part in both triumphs, but his repeated attitude problems meant Roberto Mancini finally lost patience with him this January, selling him to AC Milan for £20million.

However, he clearly holds no grudges, and has backed his old club and old manager to bounce back from their recent disappointments.

“Roberto will do everything he needs this summer and Manchester City will win back the title next season,” he said.

“City will sign two or three of the best players in the world — and we will not see a repeat of this season. The FA Cup final has become a very big game for Manchester City, even though it was not the trophy we were all talking about in the dressing room at the start of season.”Everybody wanted to ­retain the league and also do well in Europe.

“But those two things did not work out — so now the FA Cup means everything.

“City are now at the level where the fans expect a ­trophy every year — and, even though the FA Cup was not the biggest trophy they could win, it is still a big trophy.”

Mancini’s side went out of the Champions League at the group stages, and failed to put up much of a fight to retain their Premier League title as well, as it went to rivals Manchester United. Their only hope of silverware now depends on an FA Cup final win against Wigan.