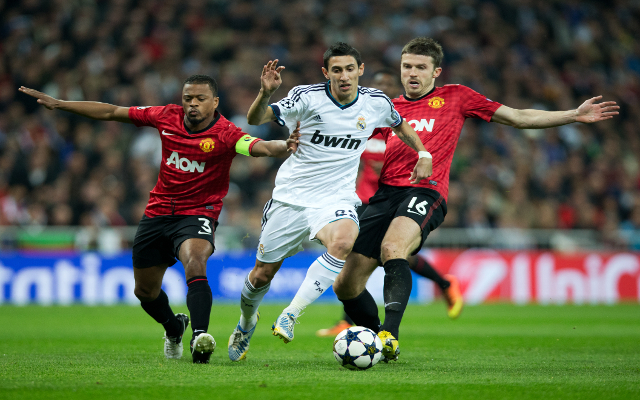 Argentinian winger put up for sale by Spanish giants.

Manchester United have the option to sign Real Madrid winger Angel Di Maria after the club put him up for sale, according to the Metro.

The talented Argentinian has not had his best season in a difficult year for the La Liga giants, who look like losing out on the title to rivals Barcelona.

However, with Sir Alex Ferguson on the lookout for new wingers to replace the misfiring trio Nani, Ashley Young and Antonio Valencia, Di Maria could be a useful option for the Red Devils as they look to retain their Premier League title next season.

This story is the latest in the long line of rumours involving the two clubs in recent weeks, with the two apparently set to battle it out for in-demand Tottenham winger Gareth Bale, and a possible return to Old Trafford for Cristiano Ronaldo being mooted, with Nani and Javier Hernandez possibly moving the other way in a swap deal.

Di Maria is one of several players set to be sold by the Bernebeu club this summer, with fellow countryman Gonzalo Higuain also likely to head to the Premier League with Manchester City or Spurs. Manager Jose Mourinho is also heading for the exit, as he could seal a sensational return to former club Chelsea.