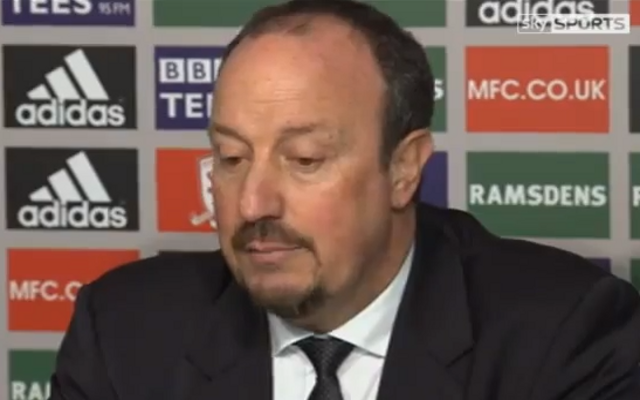 Spanish coach could move to Bundesliga next season.

The Daily Mail reports that Chelsea interim manager Rafael Benitez is a target for Bundesliga side Schalke next season.

The former Liverpool boss has been unpopular at Stamford Bridge since replacing Roberto Di Matteo earlier this season, though he has got the Blues looking strong towards the end of the campaign, helping them to the Europa League final and still in with a chance of finishing in the Premier League top four.

Despite his improved fortunes, there is little suggestion that the Spaniard could be offered a permanent role with Chelsea, as owner Roman Abramovich has eyed up moves for Malaga’s Manuel Pellegrini or legendary former Blues boss Jose Mourinho, who is set to leave Real Madrid at the end of the season.

Benitez has been linked with big-spending Ligue 1 club PSG, but could also be tempted by a move to the Bundesliga, where he would inherit a strong Schalke side and pit his wits against incoming Bayern Munich boss and fellow countryman Pep Guardiola.

Schalke gave a good account of themselves in this season’s Champions League, playing some attractive football and helping improve the image of the Bundesliga, who will now have two sides contesting this season’s final.