With Paul Scholes possibly set for retirement (again), a look at ten players who could replace him at Manchester United. 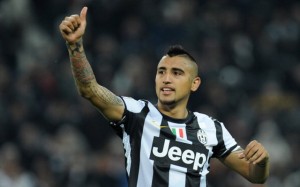 Manchester United have already been linked with a move for talented Chilean midfield man Arturo Vidal, who has been a star performer for Serie A champions Juventus since arriving from Bayer Leverkusen. Capable of driving forward and providing goals and assists, he looks an ideal player to take on the responsibility of Scholes if he retires.