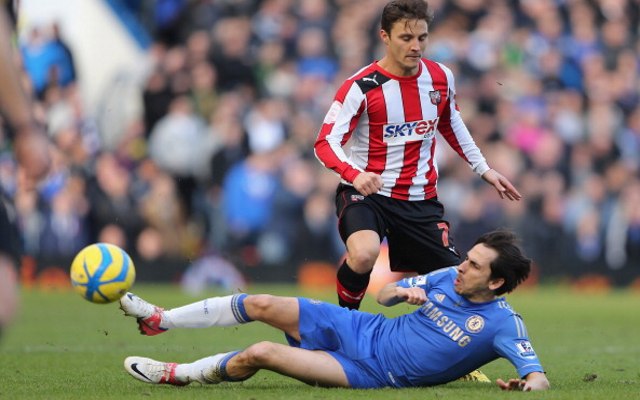 Chelsea midfielder Yossi Benayoun expects to leave the club this summer as he looks to get more first-team football, according to the London Evening Standard.

The Israeli has had problems with injuries since joining the Blues from Liverpool in 2010, and has often found himself out on loan, first at Arsenal and then at West Ham. However, he now looks set to complete a permanent move away this summer.

The 32-year-old has unsurprisingly found himself behind the likes of Juan Mata, Eden Hazard and Oscar in the pecking order at Chelsea, and understands that he cannot hope to be more than a squad player at a club with such talented attacking midfielders.

He says he has no regrets about staying with Chelsea, but that he will consider offers from a number of English clubs, as well as teams from Russia, Spain and the US.

“If I wanted to stay perhaps I could,” he said. “But I’m looking for a team where I can express myself more.

“Agents are talking about offers from America, Spain, Russia and England, but there’s nothing concrete at the moment.

“I’ve no regrets about staying at Chelsea. I’ve been a strong part of the rotation system, starting some games and coming on as a sub in others. That’s something to be taken into account, when there are attacking midfielders in the squad like (Juan) Mata, Oscar, (Victor) Moses and (Eden) Hazard.”

A move would bring an end a successful career in England for Benayoun, who enjoyed his best years at Liverpool, as well as proving an important part of Arsenal’s third-place finish last season.