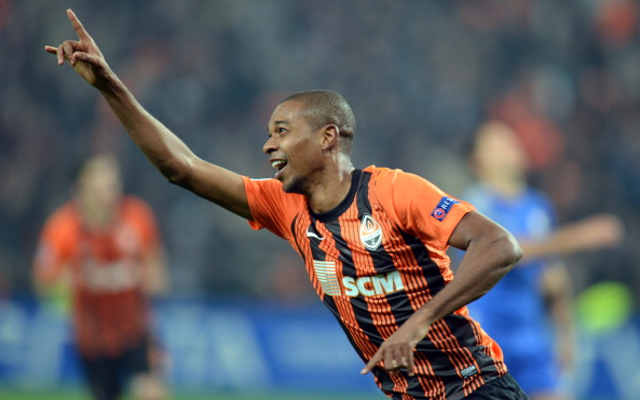 Shakhtar midfielder issues a come and get me plea to Manchester City.

Manchester City target Fernandinho says he would welcome a move to the club from Shakhtar Donetsk, as he believes the exposure would boost his chances of a place in Brazil’s squad for the 2014 World Cup.

According to the Sun, the Brazilian midfielder is pleased to hear of City’s interest, and hopes for a chance to leave Ukraine for England this summer.

“I believe my chances of making the World Cup squad will improve if I join City.

“My exposure would be better, because Brazil is biased towards the Ukrainian league.

“What we do here is not recognised in my country. Playing in a division, at a club that is considered among the best in the world would help me get back in the Brazilian national team.

“There are a lot of people in England with good football knowledge. Those complement my skills, and motivate me to want to play in the Premier League.”

Roberto Mancini has identified Fernandinho as a key target in this summer’s transfer window, as the Italian looks to make a host of changes to the squad that failed to retain the Premier League title this season.
The club’s work in last year’s transfer market was disappointing, and Mancini is determined not to miss out on his prime targets this time, and he believes Fernandinho would add something to his midfield, which has often looked sluggish with some indifferent displays from Gareth Barry and Javi Garcia.
The news that Fernandinho wants to join will be a welcome boost for the Etihad Stadium club.
More Stories Manchester City FC Shakhtar Donetsk