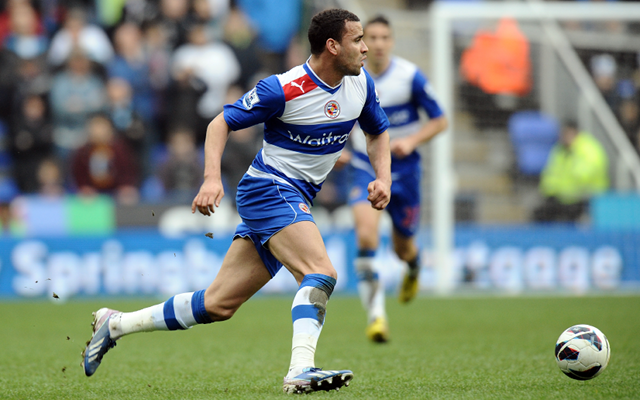 Cardiff City are set to offer Reading winger an extended Premier League stay this summer as they prepare for life in the top flight, according to the Daily Mirror.

The 23-year-old has enjoyed a fine solo campaign this season for The Royals despite not being able to save them from slipping through the trap door back to the Championship. However, he has made a sufficient enough impression to lead Premier League newboys Cardiff City to take a closer look.

Robson-Kanu has made 28 appearances this season, scoring seven goals, two of which came against Manchester United and Arsenal. He even managed to bag his first international goal this season too, netting in the 2-1 win over Scotland in a World Cup qualifier win March.

Cardiff boss Malky Mackay is thought to be interested in the English born Welsh international as he looks to strengthen his side ahead of their debut Premier League season by adding more creativity to his midfield.

It’s believed that Mackay has turned his attentions to the Reading man after a failed enquiry for former Cardiff middleman Joe Ladley was rejected by Celtic earlier this month.Robson-Kanu has made 117 appearances for Reading since first breaking into the squad in 2009.