Five players that could return to the Emirates Stadium. 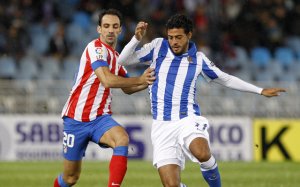 The young Mexican never really lived up to his potential at Arsenal, but since getting more of a chance for regular football he has really caught the eye at La Liga outfit Real Sociedad. He supposedly has a buy-back clause in his contract which could mean the Gunners could get him for cheap if they wanted.