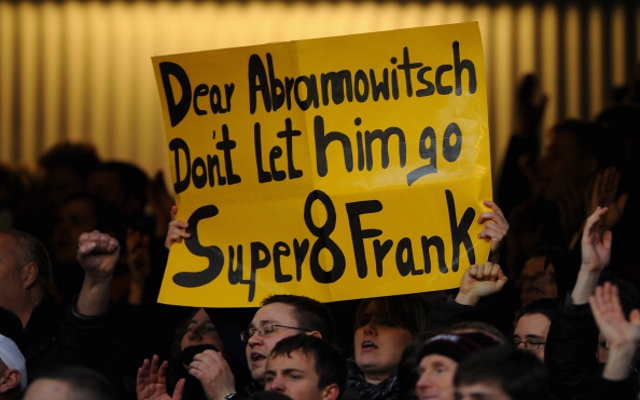 Veteran midfielder could yet remain at Stamford Bridge.

Chelsea midfielder Frank Lampard may still be offered a new contract to remain at the club, despite rumours that Roman Abramovich does not want to keep him.

The Daily Express claims that Lampard and the club are still negotiating, and the 34-year-old could sign an extension to his current deal, which expires at the end of the season.

The England international has been in good form for the Blues this season, despite being in and out of the side. Although he faces competition from talented young attacking midfielders Juan Mata, Eden Hazard and Oscar, the former West Ham man’s performances might have earned him a stay at Stamford Bridge.

An unnamed source close to the player said: “Frank still expects to be at the club next season. He’s keen to get it sorted out as quickly as possible.”

Lampard has been mentioned as being target for LA Galaxy and Monaco, as interest mounts from clubs monitoring his situation. Even in his advancing years, the Chelsea legend would still prove a good piece of business for many clubs, especially if he is available on a free transfer.

It is thought that the re-hiring of Jose Mourinho as manager could be a crucial factor in persuading Lampard to remain at the club.