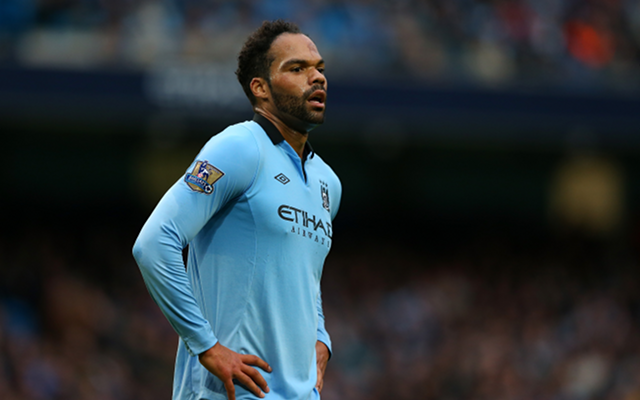 England man wants to link up with former club.

Manchester City defender Joleon Lescott is hoping to rejoin former club Everton this summer, according to The Express.

The 30-year-old joined City from Everton in 2009 for a fee on £22 million and he now reportedly has his sights set on a return after seeing his influence with the big spenders diminish this season.

Lescott admitted last week that he would most likely have to seek a move away this summer if he is to have any hopes of making Roy Hodgson’s England side should they qualify for next year’s World Cup in Brazil.

It is thought that City will seek to offload the centre back for as little as £5 million and the news will come as a blow to Aston Villa who were also trying to persuade him to return to the Midlands after being linked with him since the January transfer window.

Lescott enjoyed a personally successful three year spell on Merseyside making 143 appearances and scoring 17 goals and he is now keen to rejoin The Toffees in the hope of replicating that form.

However, any move is likely to rest of the future of manager David Moyes.

The 50-year-old Scott is in the final year of his contract at Goodison Park and will seek assurances over his transfer budget before committing his future to the club.