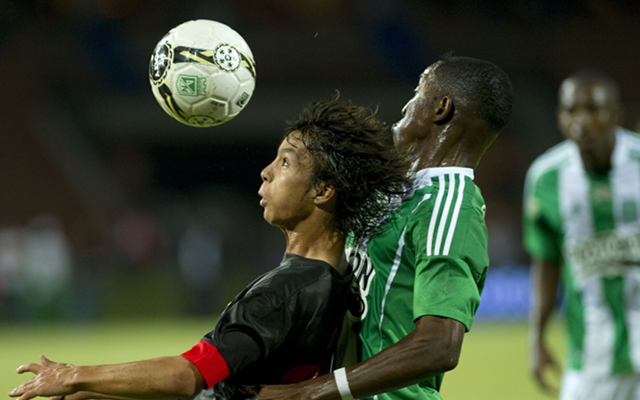 Manchester City are reported to be targeting a move for Atletico Madrid youngster Oliver Torres, according to talkSPORT.

The 18-year-old midfielder has broken into Atletico’s first team this season, making five appearances after impressing for the reserve squad and has earned himself a number of admirers in the process.

Torres is seen as a hot prospect in the Spanish capital and has already earned a call up to the Spanish under-21 national side. He is expected to play a more prominent role in the Atletico full squad next term, however, he may not get the chance as a number of clubs are said to be circling around him.

Manchester City have been lauded as the favourites, however, and Roberto Mancini is said to be at the front of the queue.

The Premier League sides even sent scouts to watch Torres come on as a substitute during this weekend’s draw with Deportivo La Coruna.

Atletico may not let him leave so easily, though, with Diego Simeone a big fan of the attacking midfielder, and with him under contract until 2017, the club are under no obligation to let him move anywhere.

Simeone gave Torres his debut as a 64th minute substitute on the opening day of the season in a 1-1 draw with Levante.