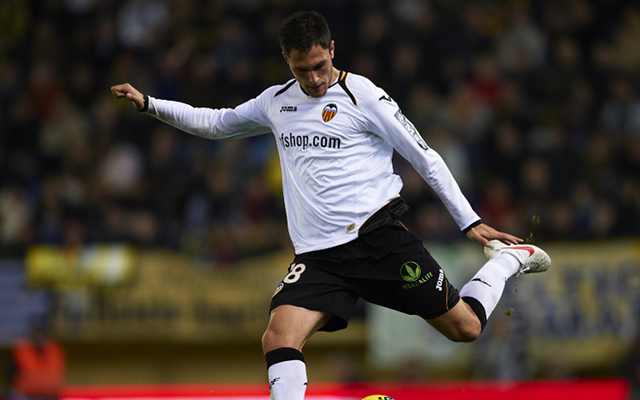 Classy centre back wanted by Pochettino.

Southampton manager Mauricio Pochettino has identified Valencia centre back Victor Ruiz as his first summer signing for the club, according to The Sun.

The 24-year-old is familiar to Pochettino as the pair worked together during their time at Espanyol and the manager even gave the player his debut in 2009 but moved him on to Napoli after two season’s with Barcelona’s second club to ease the financial difficulties they were having at the time.

A poor season in Serie A, where he made just seven appearances, saw him return to his homeland with Valencia in 2011.

And the Saints boss has revealed that a deal to bring him, along with another unnamed Spanish player, to St Mary’s this summer is close to being agreed.

“We are all aware Spain are going through difficult economic times and that makes their league very interesting for English clubs to go and sign their players,” he said.

Ruiz has represented Spain at every youth level but has yet to be called into the full squad. He has, however, picked up a solitary cap for the Catalan representative side.

This season he has made just 18 appearances for Valencia, but has generally impressed when he’s been on the pitch.