Arsenal are reportedly closing in on Fiorentina attacker Stevan Jovetic, with the North London side in advanced talks to seal a deal to snap up the in-form 23 year old, and Arsene Wenger is also planning on bringing in a second ‘Marquee’ striker signing according to Goal.com.

Wenger has been pursuing Montenegro international Jovetic for some time and hopes to bring in the Serie A marksman for under £20m, though Fiorentina are hoping for a fee in the region of £25m-£30m for their top striker.

La Viola boss Vincenzo Montella has already brought in a potential replacement for Jovetic in the form of Italian international Giueseppe Rossi and Arsenal may well be confident of securing a deal to bring in the striker this summer. 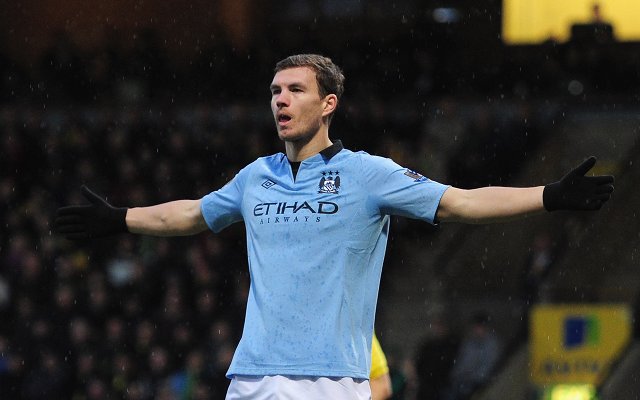 Arsenal are keeping tabs on a potential second ‘Marquee’ striker signing and this source names two possible targets, both of whom would cost a fairly hefty price.

The North London side are said to be keeping tabs on Man City forward Edin Dzeko, who has once again struggled to retain his spot in Roberto Mancini’s first team set-up, despite the Bosnian being the club’s top Premier League goal-scorer this term.

Arsenal have also set their sights on Borussia Dortmund forward Robert Lewandowski, who has just a year to run on his current contract. It may prove tough for the North London side to win the race for the 24 year old Pole given the likes of Man United, Bayern Munich and Man City are also trailing the Bundesliga ace.

A more likely target to secure if QPR forward Loic Remy, who is apparently another player on Arsene Wenger’s striking radar. The French forward is available for around £8m as the former Marseille man is said to have a relegation release clause.