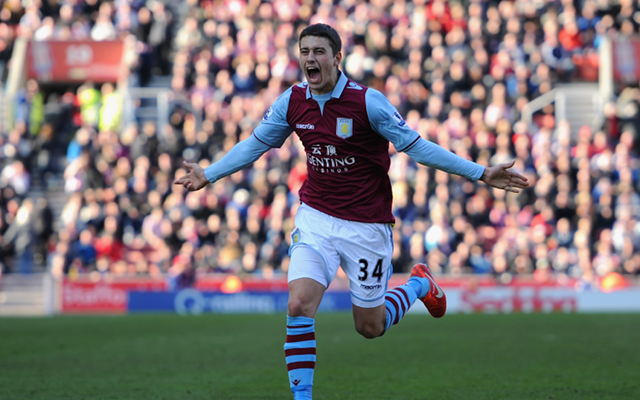 Villa boss will reject all offers for talented full back.

Aston Villa boss Paul Lambert has stated that he will reject all offers for the club’s ever present right back Matthew Lowton this summer, according to The Express.

The 23-year-old has become a prominent figure in Lambert’s rebuilding of the club and his performances have caught the eye of several clubs including Arsenal and Fulham. He has adapted so well to the top flight in his first season that even a surprise call up to the England squad has been suggested.

Lambert is aware of the growing interest in the former Sheffield United man and has stated that he will not be tempted to sell at any cost.

“You can’t stop people speculating. That’s football all over the world. But he’s our player. He’s been playing very well,” Lambert told a British paper,” he said.

“If people are talking about him, that means he’s playing well. It becomes frustrating if you do have to lose ones when you’re trying to build.”

“At the end of the day, the decision is my own if I let people go. That would always be the case.”

The manager is so keen to hold on to the club’s star performers that he has slapped a £30 million price tag on goal machine Christian Benteke ahead of some reported heavily interest this summer.