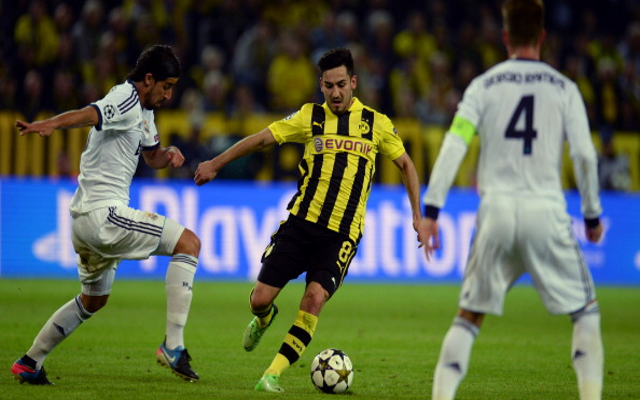 Barcelona could nip in ahead of Manchester United to sign Borussia Dortmund midfielder Ilkay Gundogan, according to talkSPORT.

The 22-year-old defensive midfielder is one of many young talents emerging in the Bundesliga at the moment, and has been targeted by Sir Alex Ferguson to bring a bit more steel to his midfield.

However, Barcelona are also keen to strengthen their squad this summer as they look to improve defensively and catch up with the likes of Bayern Munich on the European stage.

Dortmund face a struggle to keep many of their top names this summer, with Mario Goetze already agreeing to join rivals Bayern next season, and Robert Lewandowski possibly being the next to follow. Marco Reus has also attracted attention, and this talented team may be broken apart after this month’s Champions League final.

Manchester United are chasing other midfielders as they look to replace Paul Scholes and Anderson, with the former possibly retiring at the end of the season and the latter likely to be sold. Juventus duo Arturo Vidal and Claudio Marchisio have been strongly linked as well as Gundogan.

Barcelona may sell Alex Song, who has failed to make an impression since joining from Arsenal, and see Gundogan as a decent alternative to Sergio Busquets in midfield.