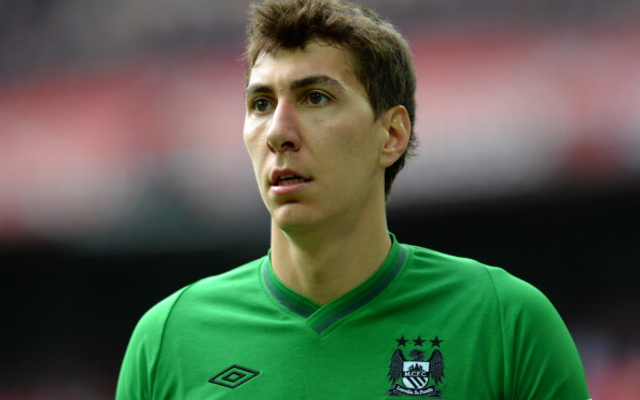 Roberto Mancini will keep faith with his cup ‘keeper.

Roberto Mancini insists that Costel Pantilimon deserves his chance to represent the club in their FA Cup final clash with Wigan, according to the Manchester Evening News.

The Italian has rested first-choice Joe Hart in cup games this season, with backup ‘keeper Pantilimon helping them on their way to Wembley in the FA Cup.

Despite Hart’s status as number one at the club, and his obvious match-winning ability, Mancini is keen to stick rigidly to his current system, and leave the England shot-stopper on the bench against Wigan, even though the game represents his side’s only chance of silverware this season.

Asked if Hart could play, the former Inter Milan boss said: “I don’t think so, we decided this at the start of the season. Pantilimon deserves to play.

“Joe won the FA Cup two years ago, he won the Premier League last year, he is the best keeper in England and I think he should be happy his second keeper can play in a big game.

“I know he wants to play but we decided at the start of the season it was important for Pantilimon to play in the two cups.”

The decision will hurt Hart, who has been criticised by some for having a weaker campaign this year than last, making some crucial errors as City failed to retain the Premier League title.

Pantilimon has performed well in City’s run to the cup final, but has been linked with moves away after supposedly being unhappy at sitting on the bench for most of the season.