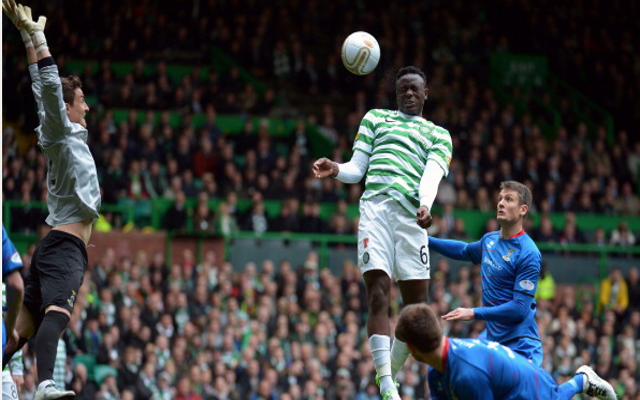 Anfield and St Mary’s sides to battle for Parkhead youngster.

Southampton are ready to join Liverpool in pursuit of £10m rated Celtic midfielder Victor Wanyama according to the Daily Mirror.

The talented young Kenyan international has had an excellent season at Parkhead where he has helped his SPL side secure the domestic title whilst also impressing in Champions League action.

Saints boss Mauricio Pochettino has scouted the 21 year old and is ready to mount a £10m bid for his services, an offer that may well tempt the Glasgow side, especially if Wanyama pushes to be allowed to make the move to the Premier League side.

The battling midfielder has made a big impact since his move to Scotland and as well as being a tough tackler the youngster also has an eye for goal and can effectively drive the play forward.

Wanyama has made 90 appearances over the past two seasons and has scored 13 goals in the process.

One would imagine that if it were a straight fight between Southampton and Liverpool then Brendan Rodgers may feel confident he could lure Wanyama to Anfield where he may be seen as an intelligent central midfield addition.

Given that Lucas has not had the best of seasons since returning in December following four months out with injury Rodgers may be looking to Wanyama as a player to challenge the Brazilian for a spot in his starting eleven.