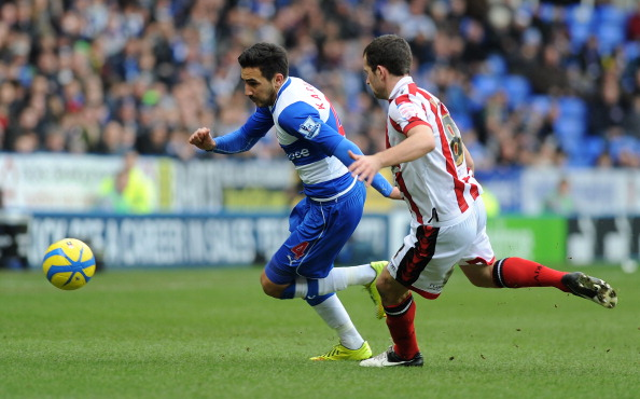 Reading midfielder will stay and fight for promotion back to the Premier League.

Reading midfielder Jem Karacan has played down links to big-spending Turkish giants Galatasaray, insisting he is happy to remain with the relegated side.

According to talkSPORT, Karacan is focused on helping Reading climb back up to the Premier League from the Championship next season, rather than the chance to play in the Champions League with big names such as Didier Drogba and Wesley Sneijder.

The 24-year-old added that he is frustrated at the constant speculation surrounding his future.

“It happens every year and I keep getting bugged about it. I’m a Reading player,” he said.

“I signed a deal last summer and everyone wants to play in the best league in the world and it’s gutting to not have that next year.

“Reading is a Premier League club and we know we should be there and we will try our hardest to get back up. Anything can happen in the summer.

“I’m a Reading player and I will be as happy as ever if I’m still here.”

Galatasaray are tipped to keep spending this summer after their big name signings of Drogba and Sneijder in January. The Turks have also been linked with Premier League trio Gervinho, Lukas Podolski and Dimitar Berbatov.

However, they could also be set to lose star striker Burak Yilmaz, who has caught the eye in the Champions League this season and is now wanted by the likes of Liverpool and Arsenal.

Meanwhile, Reading are also bracing themselves for bids for Alex McCarthy and Hal Robson-Kanu, following their relegation. They will be hoping for the same kind of commitment that Karacan is showing in their fight to bounce back up to the top flight next year.