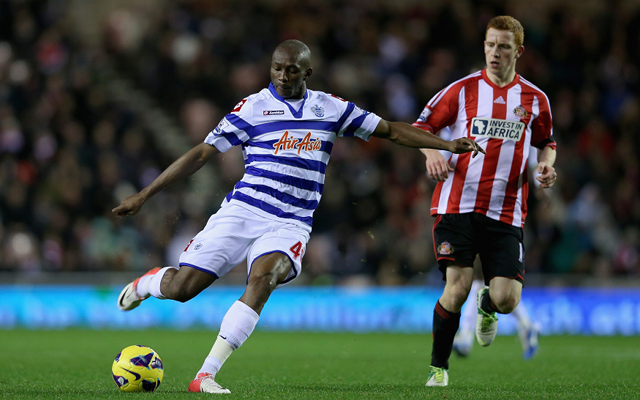 QPR midfielder Stephane Mbia has admitted that he would be open to a move away from QPR this summer, talkSPORT reports.

The news comes after he was involved in an embarrassing incident on social networking site Twitter where he appeared to attempt to engineer a swap with Joey Barton who is currently on loan at Mbia’s former club, Marseille.

He subsequently denied responsibility for the tweet, claiming that his account was hacked, but he has now admitted that a move away this summer would appeal to him.

“I have a one-year contract. In six months I am free in the winter transfer window,” he said.

“My immediate choice is to go away with the national team and join my teammates, try to unwind and forget everything that happened.”

“I have a career plan. Queens Park Rangers was not what I expected but it allowed me to take the next step to see another championship and mature.”

“I will go to England or France, I have very good foundations in these two countries. The family situation is also very important. I am open to negotiations.”

Mbia has made 30 appearances for QPR this season and was just one of a number of big money transfers that the club made last summer, costing £9.5 million from French club Marseille.