A look back at ten of the worst high-profile signings made by Premier League clubs in the 2012/13 season. 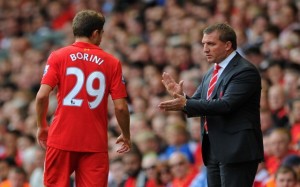 Fabio Borini was brought in from Roma after new Liverpool manager Brendan Rodgers made it a priority to reunite himself with one of his former players from Swansea City. Things haven’t worked out for the Italian forward with just 2 goals all season and a struggle to impose himself on the first team. Nowhere near looking worth the £10.5million the Reds paid to bring him to Anfield, the Reds are already being linked with a whole host of strikers next summer, as it’s clear they don’t consider him a worthy backup to Luis Suarez and Daniel Sturridge. A notable mention must also go to Joe Allen, another ex-Swansea man who has failed to reproduce his form for Rodgers in a Liverpool shirt. After also failing to make the grade at Chelsea as a youngster, maybe the Premier League just isn’t for him, with his best form coming in Serie A and the Championship.